There are many perks that come as part and parcel of the freelance life – director of your own time, artistic autonomy, control of the purse strings and nobody to answer to when you want to take the afternoon off to spend horizontal on the sofa.

As with most things though, it also comes with its downsides, including loneliness and feelings of human disconnection. One of the best ways to combat this to to become part of a community of likeminded freelancers.

Here is just a handful of some of the best online communities for freelancers out there right now:

As the only community which currently covers all sectors within the creative industry, the Creative Industries Federation is a popular choice if you’re looking for diversity within your support network.

The not-for-profit membership organisation connects freelancers to “the money, markets, information and the opportunities they need to thrive”, as well as carrying out ongoing advocacy and governmental policy work.

Membership normally starts at £80 (plus VAT) per year but you can get it for free until September 2020 if you sign up now.

Also responsible for The Hoxby Foundation, which champions the idea that everybody should be able to work where, when and how they like, The Hoxby Collective is on a mission to overthrow tradition. The global community of ‘Hoxbies’ form a support network which connects freelancers from around the world, forming powerful teams which collaborate across time zones, on a project-by-project basis.

The Hoxby Collective also offers support for those navigating the transition between PAYE employment and self-employment. However, if you would like more in depth details around this topic, including your personal tax obligations as a freelancer, get in touch with a reputable accountant who specialises in this area, such as The Accountancy Partnership.

The IPSE – also known as, the Association of Independent Professionals and the Self Employed – describes itself as “the voice of the UK’s self-employed population”. The aim is to create a better working world for freelancers (amongst other self-employed workers) by representing the industry in Government, publishing insightful research and running leading policy campaigns.

Members are provided with access to legal advice and many of the benefits employees receive, including cover for sickness. Head to the IPSE website for more information what members can expect.

As a freelancer, it’s essential that we have communities like those mentioned above to have the more serious bases covered but if you’re looking for something more casual too, check out Freelance Folk. It started life as ‘Freelance Friday’, which was a co-working session hosted every Friday in Manchester but rapidly expanded into a bustling online community.

It takes the form of pop-up co-working sessions and social events in which freelancers can come together in a variety of venues to work, socialise, enjoy human interaction, discuss struggles, help each other out and evolve the industry they work in as a team.

As with all online freelance communities, Freelance Heroes’ main driving force is to make the world a more navigable, supportive and empowering place for the country’s freelance workforce to be. Freelance Heroes combines people from various different industries, providing members with support around anything from finance to motivation.

It has an exclusive Facebook group in which thousands of freelancers share experiences, questions, opportunities for work, chances to collaborate and knowledge and insight that may very well prove invaluable to you.

Joining the Facebook group is free but to unlock additional benefits, you can sign up to the Gold membership for just £10 (plus VAT) per month.

This community describes itself as being “an information and advice hub for the modern freelancer”, providing information on everything from tax issues and funding, to research around market demand and industry events. FreelanceUK also provides access to an online forum where members can interact, as well as a directory where freelancers can showcase their work and promote their services to prospective clients.

It even has a handy feature full of online calculators to help better understand things like flat rate scheme VAT, dividend tax and rate increases.

Other examples of great freelancer communities to check out are:

Are you part of a community of freelancers? Have you found it to be an invaluable source of support? Let us know your experiences in the comments or come and join the conversation over on social media using the links below.

Serial snacker, compulsive cocktail sipper and full time wordsmith with a penchant for alliteration, all things marketing and pineapple on pizza. 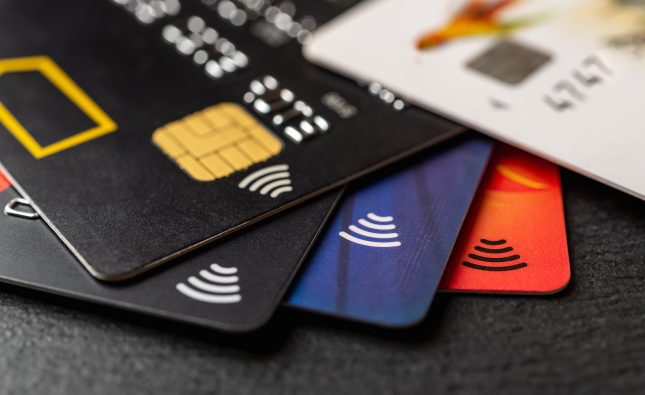 Can I Have a Business Bank Account If I Have Bad Credit?