It’s a common misconception that tax rebates are something that always happen automatically. Taxpayers sit waiting for their refunds to drop into their accounts and are understandably outraged when they don’t.

However, what a lot of people don’t realise is that tax rebates aren’t always an automated process. Sometimes, the taxpayer has to go through a tax refund application in order to access the money owed to them. We’ll be exploring both circumstances, but first, let’s take it back to the basics.

What is a tax rebate?

A tax rebate occurs when somebody pays too much tax. HMRC refund the overpayment, known as a tax rebate, or a tax refund – they mean the same thing.

HMRC reviews your income each year, to establish whether you have overpaid or underpaid tax.

In most cases, you’re likely to be completely unaware that you’ve even paid too much tax on your income, so your rebate will be a very pleasant surprise.

The reimbursement comes from the same source you pay your tax to originally – Her Majesty’s Revenue and Customs (HMRC).

Common reasons you might be due a tax refund from HMRC

There are plenty of reasons why you might overpay income tax and have HMRC owe you a tax rebate.

Is your employer using the correct tax code?

If you have an employer (and lots of freelancers do), they will usually make tax and NI deductions from your wages, and pay them on to HMRC on your behalf through PAYE. You’ll be assigned a tax code by HMRC, and your employer uses this to make deductions at the correct rate.

If HMRC issues the wrong code, or your employer uses the wrong one, this can cause tax deduction errors, and even issues with the allowances available to you. You might over (or under) pay tax as a result.

Are you on an emergency tax code?

If you move from one employer to another, and your P45 gets lost along the way, you may end up on an emergency tax code in the interim. An emergency tax code means that all of your salary will be taxed at the 20% rate, with no relief for the Personal Allowance. This can be rectified, and settled with a tax rebate.

Errors during the payroll process

We’re all human and we all make mistakes – even those in charge of payroll. If a mistake is made during the payroll process, this can cause issues with tax and National Insurance deductions.

Being part of the Construction Industry Scheme (CIS)

The CIS is a system put in place by HMRC to manage tax collection for those working in the construction industry. Contractors make deductions, a bit like employers do, when they pay their self-employed sub-contractors.

Other common reasons for a tax rebate are:

These are just a handful of the most common reasons for being owed a tax refund. It’s important to stay in the loop with your own situation, and act fast if you spot any issues arising!

How to claim overpaid tax back from HMRC

As we mentioned at the beginning of this article, tax rebates don’t always happen automatically.

Let’s take a look at when you can expect to receive an automatic tax refund and when you’ll need to apply for it.

HMRC will issue you with an automatic tax rebate following their own annual PAYE review which shows who has overpaid or underpaid tax. Through this process HMRC reconciles your position as a taxpayer, and issues you with a P800 tax notice which details the findings of their calculations.

If they find that you’ve been overpaying tax for reasons relating to PAYE – such as an incorrect employee tax code – HMRC will refund what they owe to you.

When do you need to apply for a tax rebate?

The process looks a little different for non-PAYE matters. Things like work expenses, business allowances and overpaying on pensions, for example, aren’t automatically refunded, so you’ll need to monitor and manage this yourself.

This is done through the Self Assessment tax calculation system, which is separate from the PAYE tax system. It includes anybody who is self-employed, or who receives income not taxed at source.

Once you submit your Self Assessment tax return to HMRC, they’ll assess your eligibility for a tax refund.

Don’t hang about if you fall into this category! You only have 12 months following the Self Assessment deadline to amend your tax return for that year. After this timeframe passes HMRC will only action tax rebates in extenuating circumstances.

How long does it take to receive a tax refund?

This isn’t straightforward. and largely depends on how complex your claim is.

Typically, the UK tax rebate process can take up to 12 weeks with HMRC and then between a further five days to five weeks on top of that to actually receive your money. Smaller amounts (£1,000 or less) are typically much faster to process.

You are able to select how you want to receive your tax refund, whether it’s via bank transfer or cheque, or if you want to put it towards your next tax bill.

Check out our freelancer resources and guides for more tax information, or to get help on other issues.

A content writer specialising in business, finance, software, and beyond. I'm a wordsmith with a penchant for puns and making complex subjects accessible. 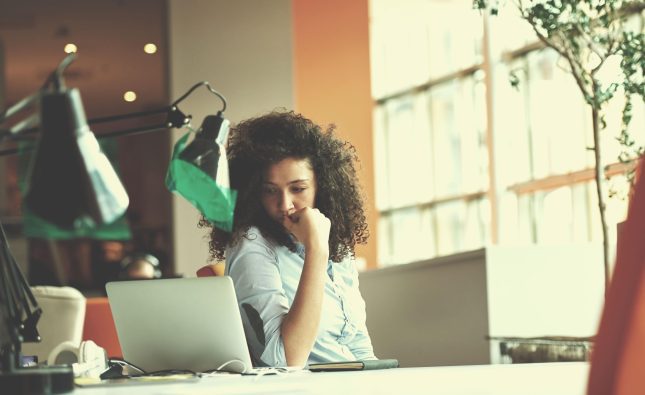 Can I Invoice My Own Limited Company?